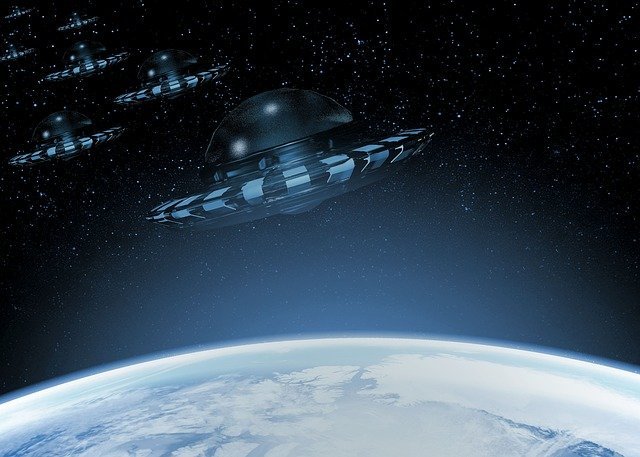 The saga of the Flying Saucer began with the pilot Kenneth Arnold, whose 24 June 1947 encounter at the Cascade Mountains, Washington State, kicked off the modern era of UFO sightings. At approximately 3:00 p.m. on the afternoon in question, Arnold was searching for an aircraft that had reportedly crashed on the southwest side of Mt. Rainier. At the time of its occurrence, Arnold’s encounter attracted the keen interest of not just the public and the media, but also that of the all-powerful Federal Bureau of Investigation. The following is a verbatim statement made by Arnold himself and taken from previously Secret FBI records of 1947 that confirm the Bureau’s deep interest in his strange encounter: “I hadn’t flown more than two or three minutes on my course when a bright flash reflected on my airplane. It startled me as I thought I was too close to some other aircraft. I looked every place in the sky and couldn’t find where the reflection had come from until I looked to the left and the north of Mt. Rainier, where I observed a chain of nine peculiar looking aircraft flying from north to south at approximately 9,500 feet elevation and going, seemingly, in a definite direction of about 170 degrees.”

Arnold stressed that the objects were approaching Mt. Rainier very rapidly and he was puzzled by their physical appearance: “I thought it was very peculiar that I couldn’t find their tails but assumed they were some type of jet plane. The more I observed these objects, the more upset I became, as I am accustomed and familiar with most all objects flying whether I am close to the ground or at higher altitudes. The chain of these saucer-like objects [was] at least five miles long.  I felt confident after I would land there would be some explanation of what I saw [sic].” No conclusive explanation for Arnold’s sighting ever surfaced, and the mystery regarding what he did or did not see has raged for more than half a century. Even the FBI – that was monitoring UFO activity in the summer of 1947 on a somewhat ad hoc basis – came away impressed by the report: “It is difficult to believe that a man of [Arnold’s] character and apparent integrity would state that he saw objects and write up a report to the extent that he did if he did not see them.”

As UFO sightings reached epidemic proportions across the USA in the summer of 1947, the military swung into action, and various studies and operations were formulated that ultimately unified into an official, investigative operation known as Project Sign. That project would, in 1948, make way for Project Grudge; and, finally, Project Blue Book. The latter continued until 1969. Collectively, the three projects concluded that no UFO sighting investigated officially had ever had a bearing on national security, and there was no evidence to indicate that any UFO sightings represented alien visitations. Of course, numerous claims, counter-claims, arguments and counter-arguments have been put forth by a variety of authors and commentators on whether or not some UFOs are indeed alien spacecraft, and whether or not elements of the US Government, military and intelligence community have systematically hidden evidence in support of that theory from the public and the media alike.

Two weeks after the encounter of Kenneth Arnold, Brigadier General George F. Schulgen, Chief of the Requirements Intelligence Branch of Army Air Corps Intelligence, met with Special Agent S.W. Reynolds of the FBI with a view to determining if the Army Air Force could solicit the assistance of the Bureau on a regular basis in its investigation of the UFO mystery. General Schulgen advised SA Reynolds that, “every effort must be undertaken in order to run down and ascertain whether or not the flying discs are a fact and, if so, to learn all about them.” An examination of the relevant files of the FBI demonstrates that, in the weeks following Arnold’s encounter of 24 June 1947, the foremost thought on General Schulgen’s mind was that the Saucers were…Russian in origin. He went further and confided in Special Agent Reynolds that, “the first reported sightings might have been by individuals of Communist sympathies with the view to causing hysteria and fear of a secret weapon [italics mine].” It was for this reason that the Army Air Force sought the FBI’s assistance.

General Schulgen guaranteed the FBI “all the facilities of [my] office as to results obtained,” and outlined a plan that would involve the FBI in both locating and questioning witnesses to UFO sightings to ascertain whether they were sincere in their statements that they had seen flying saucers, or whether their statements were prompted by “personal desire for publicity or political reasons [italics mine].” Similarly, in 1953, the Robertson Panel – a select group of consultants brought together by the CIA to look at the national security implications of the UFO controversy – recommended that a number of the public UFO investigative groups that existed in the United States at the time, such as the Civilian Flying Saucer Investigators (CFSI) and the Aerial Phenomena Research Organization (APRO), should be “watched” carefully due to “…the apparent irresponsibility and the possible use of such groups for subversive purposes [italics mine].” Indeed, the fear and concern expressed by the military, the CIA, and the FBI that implicated those in the Flying Saucer mystery had “Communist sympathies” or were following a covert, political agenda – the intention of which was “causing hysteria” and subversion – led to intense surveillance of practically anyone and everyone that delved into the subject, and particularly those that criticized the Government’s handling of the situation.