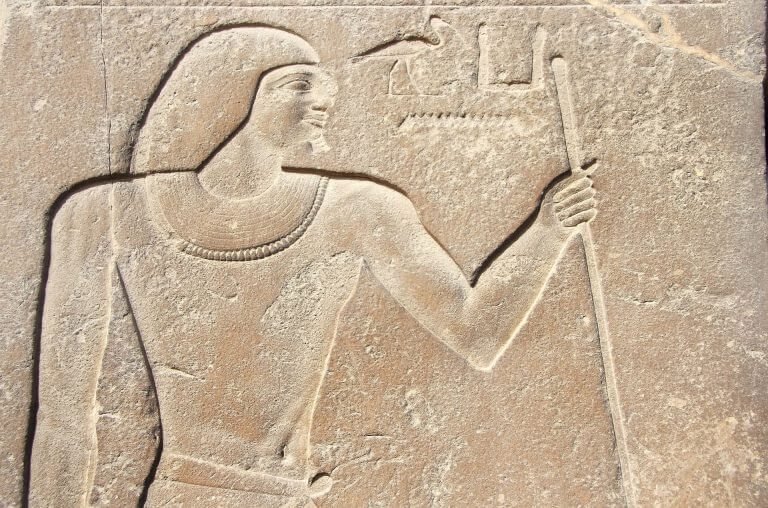 In the desert necropolis of Saqqara, Egypt, lies at least thirteen wooden coffins that date back approximately 2,500 years. What’s so incredible about these coffins is that they are still completely sealed and untouched.

Egypt’s Ministry of Tourism and Antiquities confirmed that the coffins were unearthed 11 meters (36 feet) underground and were buried one on top of the other. The coffins were so incredibly well preserved that some of the paint on the wood still had color. Three sealed niches were found in the burial shaft as well.

It is believed that Saqqara was used as a burial site for about 3,000 years for the once-ancient Egyptian capital of Memphis. Memphis is situated south of the Nile River delta, approximately 15 miles south of Cairo. In 1979, the Memphis archaeological zone was declared a UNESCO World Heritage Site.

The Pyramid of Djoser (or Step Pyramid) is also located in the Saqqara necropolis as well as flat-roofed tombs. Thousands of coffins have been previously found with some of them containing elaborate artifacts such as silver funerary masks, cartouches with hieroglyphs, and mummified remains of animals. However, many of those coffins were looted by grave robbers which makes the newly discovered thirteen sealed coffins such an incredible and rare discovery.

A wide range of people, from high-ranking officials to middle or working class families, were buried in Saqqara. And the fact that their coffins haven’t been touched since their burials would mean that looters hadn’t gone in to steal their goods, therefore, the bodies as well as the items buried with them should help researchers to get an even better understanding of the history behind those individuals as well as the burial customs.

While thirteen coffins have been discovered thus far, Tourism and Antiquities Minister Khaled El-Enany believes that there are even more waiting to be found. He posted a short video about the discovery to his Twitter account with the words, “An indescribable feeling when you witness a new archaeological discovery. Stay tuned for the announcement of a new discovery in Saqqara. Thank you to my colleagues in the ministry.”

It will be interesting to see how many more coffins are buried in the shaft and to find out who exactly these individuals were and what their social status was in ancient Egyptian times.