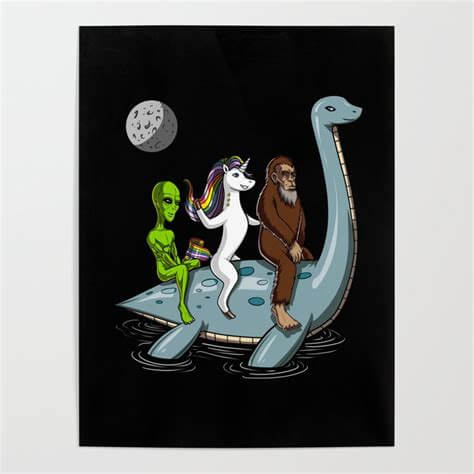 According to Jan-Ove Sundberg, twenty-three at the time (and dead now), on August 14, 1971, and at some point between 8:30 and 9:30 a.m., he was in a section of woodland above Foyers Bay, Loch Ness when he came across something staggering. No, not a fully-grown Nessie roaming the landscape in a fashion akin to that of the beast seen by Lieutenant McP Fordyce in April 1932. Sundberg near-stumbled upon a landed UFO and its presumed extraterrestrial crew. The craft was situated in a clearing, giving the impression that its pilots had chosen the site deliberately, since it gave them the opportunity to land and hide their presence – that is, until Sundberg inadvertently foiled their plan. The craft was, to say the least, a decidedly odd one. It was around thirty feet in length, dark gray in color, and cigar-shaped. It had a significantly sized section on top that reminded Sundberg of a large handle. The overall image was that of a giant iron used for getting the creases out of clothing.

Amazement turned to concern when, out of the trees, came a trio of figures: all humanoid in shape, of approximately human proportions, and dressed in outfits that closely resembled the outfits worn by divers. In fact, at first, Sundberg assumed they were divers, from a then-active team that was searching the depths of Loch Ness for the monster. It became apparent the three were not divers, however, when they entered the odd-looking craft via a panel and the craft took to the skies, vertically, for about sixty feet. After which it began to move horizontally over the hills and in the direction of nearby Loch Mhor.

Ted Holiday made what was, perhaps, an inevitable observation on the Sundberg affair. It was an observation obviously prompted by his knowledge of how the Nessies seemed to negatively impact on photos and photographers. Holiday, by his own admission, found it extremely curious – but very typical – that someone at Loch Ness, when confronted by something so incredible and mysterious, should have been unable to secure photographic evidence of its existence. Notably, Sundberg explained this by stating that he felt a sense of paralysis came over him. Whatever the answer, it’s intriguing that Sundberg claimed on his return to Sweden he was threatened by Men in Black, experienced supernatural events in his home – such as poltergeist activity – and received odd phone calls. Three years later, Ted Holiday had his very own supernaturally-themed MIB encounter at Loch Ness, as will soon be demonstrated.

Going back to the matter of that curious paralysis which reportedly prevented Sundberg from capturing close-up imagery of the craft and crew, the husband and wife team of Colin and Janet Bord have, like Holiday, noted that camera-based problems have always been issues for Nessie-seekers; in fact, since the very year in which mega-scale Nessie fever began. The Bord’s say: “When Hugh Gray took the now famous photograph of the Loch Ness Monster on 12 November 1933 he did in fact take five shots but four were blank.” The inference is obvious: there is some force at work, and both in and around Loch Ness, that prevents people from getting too close to the truth of the things they so intensely seek. And it prevents them in what is clearly a toying, manipulative fashion. Maybe even in a cruel and malevolent fashion.

On the other hand, there are the words of Nessie-seeker Ted Holiday, which – in my mind – are the most important of all: “It must be evident that Sundberg’s account cannot be true. Not only does his own photograph not show the UFO and occupant, it demonstrates that the scene of the alleged landing is a dense forest with trees at about 1 meter spacing. There is no clearing as he describes. He photographed a perfectly normal Scottish pine forest. Without the photograph, I might have concluded that, although the landing site could not be found, the report could be true. But the photograph demonstrates the falsity of the story.” Although the story is a fascinating one, there’s no doubt that it is filled with holes and questionable data and statements. My conclusion? This is one case we should dismiss.