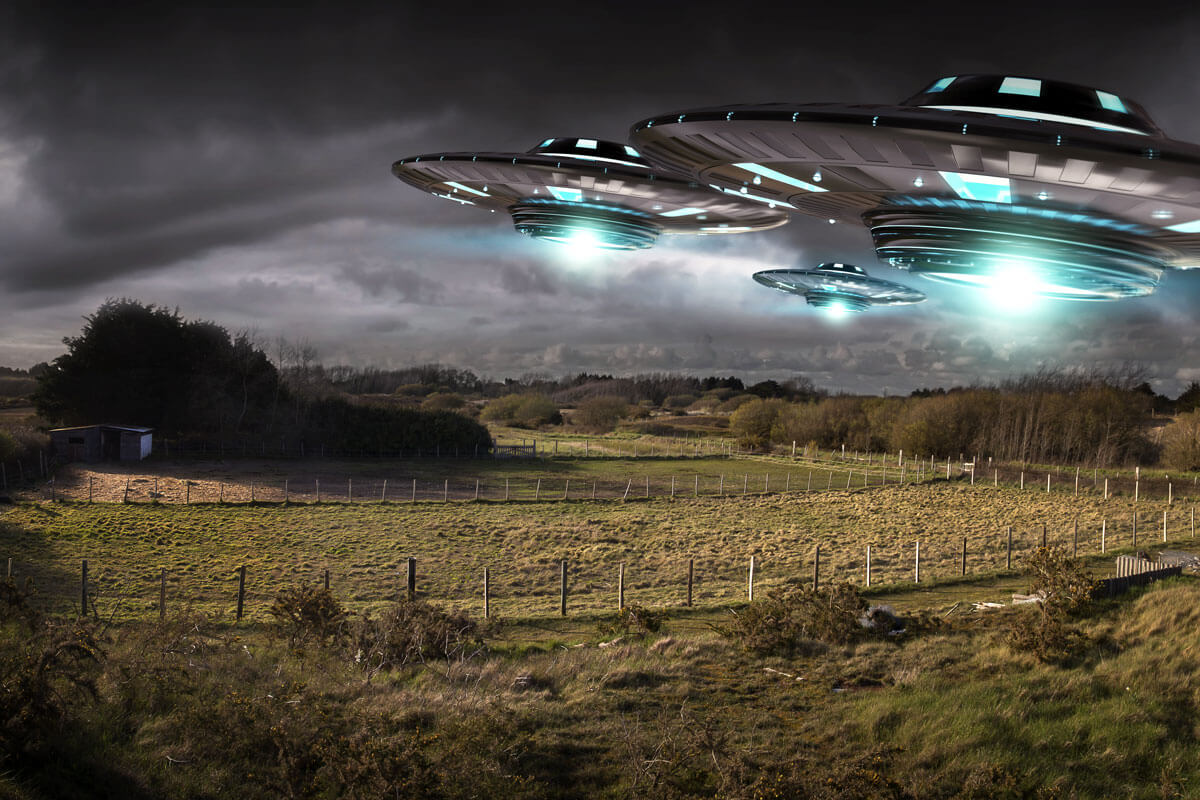 Maybe we’ve been visited, maybe we haven’t. But have you ever wondered exactly WHY aliens would consider visiting the earth? Here’s a few of the most common ideas – and the most likely reason is kinda scary.

Let’s put aside the questions as to whether or not we’ve been visited by aliens. Let’s ask a better question: Why would aliens visit us at all? Is there anything about Earth that makes us prone to an alien invasion?

An Alien Invasion has Occurred, But For What Reason?

While there’s plenty of talk of human-alien hybridization programs & plans to take over our government and make us slaves, do these ideas make any sense? I mean, if a far advanced alien race came here with the intent of making us slaves, they wouldn’t need to infiltrate our government to do so. They’d just… do it. They would just do it because they’re so advanced relative to us. So let’s explore the possibilities…

The Most Unlikely Scenarios for an Alien Invasion

The first 2 scenarios really have good reasons why they’re unlikely. While they’re popular with hardcore alien enthusiasts, many of which believe these things are happening now or have in the past, a step back to reality doesn’t support these ideas. The likely scenarios are much more insidious and dire for humans in the event of a true alien invasion.

Gold is a very rare metal. For thousands of years, humans have mined it. We work for it. We kill for it. Aliens want gold too.

The idea is a cornerstone for Ancient Alien theorists. They believe that aliens came to the earth in ancient times to mine gold. In their desire for gold, they genetically modified ancient apes to make them more intelligent. The theory states that modern-day humans, us, are those genetically modified apes. Aliens designed us to have love and desire for gold so that we would mine it for them by our own ‘choice’.

The Argument for an Alien Gold Mining Operation

The Reality – Gold isn’t THAT Rare

While gold is a rare metal by certain standards, there’s no reason to think Earth has more gold than other rocky planets. Gold can only be created during a supernova and any planets forming in the resulting cloud of heavy elements will have some gold on them. So does it really make sense that aliens would travel here specifically for gold? Probably not. The fact of the matter is that from the perspective of an interstellar species, gold isn’t that rare or hard to find.

Alien technology would be so great, they wouldn’t need human ‘slaves’ to mine gold for them. They’d have machines that can do it much faster. Additionally, there’s no reason why they would choose an inhabited planet to mine when there are so many uninhabited ones out there. If they did choose to mine an inhabited planet such as the Earth, they’d probably wipe out all life first so that they wouldn’t have to deal with all the ankle biting from the pesky humans.

#2 Hybridization for Their Dying Species

Another popular theory by alien-believers is that aliens are running a hybridization program. The theory postulates aliens are a dying species, abducting humans, and taking DNA to merge with their own in order to strengthen their own biology. Many people believe it’s already happening.

The Arguments for an Alien Hybridization Program

The proponents of the theory point to cases of alien abduction & cattle mutilations as evidence. Sightings of cryptids, such as the Chupacabra, are cited as examples of alien hybridization having gone wrong.

Additionally, many female abductees describe being artificially inseminated and forced to carry fetuses only to be abducted later and having it removed. Male abductees frequently describe having semen extracted from them by their alien abductors. Some folks claim to have had sexual encounters with extraterrestrials.

The Reality – You Don’t Need Much DNA for Hybridization

By far, the weakest part of the entire theory is that a little DNA goes a long way. A single human carries enough DNA information to hybridize an entire generation of extraterrestrials. Aside from the fact that many abduction cases can be dismissed as instances of sleep paralysis, continued abductions for 50+ years would be unnecessary.

It’s also worth noting that a species capable of interstellar travel would have learned how to genetically modify themselves without the need for samples from a relatively primordial species such as ourselves.

The Most Likely Scenarios for an Alien Invasion

This set of scenarios for an alien invasion take into account what science knows about intelligent life and how it behaves. Of course, we only have ourselves to look at, but you work with what you’ve got right? These scenarios which come from real scientists are much more disturbing than some of the fantasy stories tossed around by the ancient alien and conspiracy crowds.

#1 Their Own Earth-like Planet was Destroyed

What if aliens weren’t very different from us? What if they came from a planet just like ours in a neighboring solar system? Maybe their planet died or became uninhabitable, and the entire species took the skies looking for a new place to call home.

Woah, This One is Crazy to Think About

As a skeptic, this scenario for an alien invasion is mind blowing because it could actually happen. No planet lives forever. Our own Earth has gone through several mass extinction events and there’s no reason to think other planets would be any different.

We’d likely be powerless to stop it, and if our own history of exploration is any indication, it wouldn’t turn out very well for us humans. Think about what happened to the Native Americans when Europeans discovered the New World…

If there’s one thing more rare in the universe than gold and diamonds, it’s life. At least, life as we know it – carbon-based life. Life with all its associated proteins & fats is likely the rarest thing in the cosmos. We know this because we’ve looked around and not found it anywhere else.

Earth’s Natural Resources Would be a Figurative Goldmine

While it rains diamonds on Jupiter and Saturn, the compounds necessary to support carbon-based life are much rarer. Earth’s trees, plants, animals, & humans might be so rare in the universe that aliens could invade in order to use these sources of energy.

The rarity of life in the universe makes the Earth a prime candidate for aliens wishing to create a planetary zoo or to rule us. They could also potentially farm the life on Earth for food much as humans currently do.

It could simply be that a space-faring race may come to the earth simply to rule the population. Remember Superman 2? Political and social power can be addictive and satisfying to intelligent beings. The desire to rule may even be a common trait of all intelligent species.

The Desire to Rule Depends on the Aliens

The culture of the aliens who happen to find us really determines the likelihood of this scenario. By all counts, it’s a true alien invasion of the type only seen in movies and cinema. The takeover could be quick and violent, or it could be slow and shadowy. Proponents say it’s already happening. They point to reports of reptilian aliens infiltrating our government and big corporations as evidence.

Zoos are pretty cool. Maybe aliens think so too? Perhaps aliens wouldn’t actually invade the earth as much as keeping it ‘caged up’ for observation.

Like the previous example, the planetary zoo is very possible. What’s really crazy? It might already be happening and we aren’t even aware of it.

There isn’t a single animal on this planet that humans won’t eat. We’ll eat anything except other humans (and there are even exceptions to that as well). Aliens might be the same way, especially if carbon-based life turns out to be a compatible food for their biology.

The Scariest Scenario of All: Humans = Cattle

Based our own behavior towards other animals, this scenario is highly likely. Perhaps, it’s the most likely of all. And it’s utterly terrifying. With advanced intelligence and technology, humans would be raised as cattle scarcely aware of our true purpose. We might live out our lives without so much as a hint of our grisly ends at the hands of our alien farmers.

We can only guess at the motives of our potential alien invaders. Perhaps the alien invasion will have nothing to do with us at all, or maybe it will have everything to do with us. Regardless, if aliens ever do come to meet us with technology millions of years ahead of us, we won’t have much say in the matter anyway. And that’s the scariest part of the entire thing.

What do you think? Why would aliens invade the earth? Let us know below in the comments.