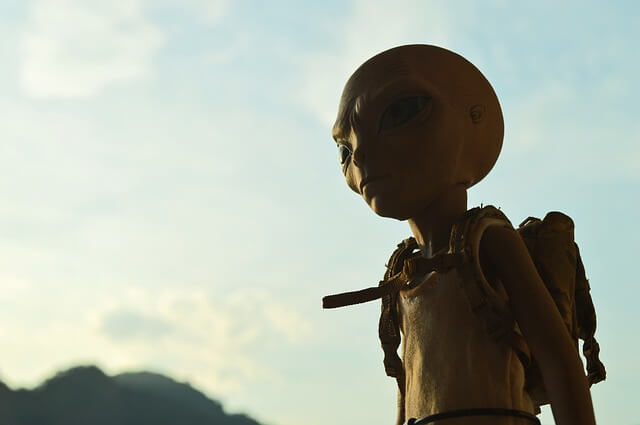 Thanks to the provisions of the Freedom of Information Acts of both the United States and the United Kingdom, we know with complete certainty that various military and intelligence agencies have opened secret files on countless people who claim to have encountered otherworldly beings. The evidence, we know, dates back to the early 1950s. That was when the Federal Bureau of Investigation quietly opened files on numerous people in the Contactee field. They included George Adamski, George Van Tassel, Orfeo Angelucci, and Truman Bethurum. All of them – and many more too – came under the careful and secret scrutiny of J. Edgar Hoover’s G-Men. The surveillance had very little to do with the claimed encounters of the characters above, but just about everything to do with the pro-Russian statements some of the Contactees made.

Of course, the Contactee experience didn’t involve people being abducted against their will. For the most part, the so-called Space Brothers would invite amazed people onto their craft. The Space Brothers were benevolent, human-looking figures who wanted nothing more than to help steer us away from worldwide, nuclear destruction and the extinction of life on Earth. This is in stark contrast to what erupted, all across the globe, just a few years after the likes of Van Tassel and Adamski were riding high. Suddenly, government agencies were faced with another non-human phenomenon – a very much unforeseen one. It was a phenomenon which concerned the governments of both the United States and the United Kingdom.

A stark and chilling realization hit government agencies square in the face: strange creatures from faraway worlds were kidnapping citizens of this planet. People were being subjected to medical experiments of kinds which puzzled those tasked with studying the situation; memories were being wiped clean; and there was a new threat to national security. Forget the Russians: sinister entities from an entirely different realm of existence to ours were using us like cattle. And, in the very early days – when the Betty and Barney Hill saga reached the media and the public – it seemed that nothing could be done to bring the onslaught to an end. Indeed, not only were government agencies confused and vulnerable to the activities of the new gang in town; they were hit by a terrible realization that they were unable to do anything about the growing intrusion in our very midst.

In other words, in the early years of the alien enigma, agencies were still very much in the dark, doing their utmost to come to grips with something that overwhelmingly baffled them. The military was used to dealing with enemies that wanted to destroy us. The United States Government knew that the Soviets were a major threat – and they knew how to handle them, in just the same way that the Soviets knew how to handle the Western world. The problem, as we have seen, though, is that the Grey abductors didn’t act like regular enemies: they didn’t attack us, they didn’t destroy our cities in Independence Day-style, and they never landed on the White House lawn and demanded worldwide surrender. Rather, they acted in a stealthy, odd way which agencies – particularly the military – had a hard time coming to grips with. There was no outright aggression, but there was no friendly approach either.

So, what did our leaders do? Agencies took what they felt was the best approach possible – maybe even the only approach possible, taking into consideration the fact that the aliens were infinitely years ahead of us, in terms of science and technology. There really was only one option available to governments. That was to watch – and watch closely – what was going on. To keep the abductees under surveillance.. To stay fully aware of the growing alien abduction epidemic – at least, to the extent that they were able to. And to stand ready and prepared for any significant changes in the clandestine actions of the Greys.

This is why, as the 1960s became the 1970s, we saw the rise of the black helicopter and “phantom helicopter” phenomena. It was in the early 1970s that elements of the government secretly assigned a significant budget towards creating helicopter-based quick-reaction teams that could respond to alien abduction events, and monitor the homes of abductees across the United States. The project even used those same helicopters to try and figure out the connection between abductions and the cattle mutilation phenomenon. That encounters involving alien abductees and those mysterious helicopters are still being reported is a very good indication that this particular kind of aerial surveillance is still very much afoot.

Let’s not forget that there is an even stranger aspect to all of this. It’s that of the MILABS controversy. We’re talking about Military-based abductor teams fabricating abduction events – such as the trauma-filled Charles Hickson-Calvin Parker abduction late one night in October 1973 in Mississippi – to try and place the aliens in an even more dangerous light than they already seem to be. Or, in the Brazilian affair of Antonio Villas Boas in October 1957, to make the whole abduction issue appear utterly ridiculous by bringing the issue of wild alien-human sex into the equation. Many researchers of the UFO issue outright dismissed the Villas Boas story when it first surfaced – which was exactly what the government wanted: keep Ufologists from investigating the real abductions, by trying to convince those same Ufologists that all of the tales of alien abduction – and sex with extraterrestrials – were ludicrous and the works of hoaxers.

From the 1950s to the present day, it has been an undeniably wild ride.