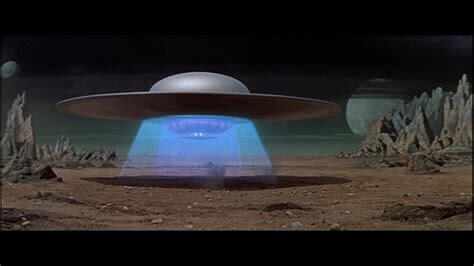 In March 1960, the U.S. Air Force and NASA became deeply embroiled in a controversial UFO event involving a man named Joseph Perry, of Grand Blanc, Michigan, who claimed to have photographed a UFO in the night sky approximately two weeks earlier. It was an affair that – officially, at least, finally came to a close 50-years ago this very week.

Joseph Perry was interviewed by agents of the Detroit office of the FBI on March 5, 1960, who, in turn forwarded their files on the strange affair to the Air Force Office of Special Investigations at Selfridge Air Force Base, and to senior personnel at NASA headquarters. Interestingly, a handwritten note from a NASA source to the FBI on the matter states: “Please do what you can to obtain Mr. Perry’s photograph for our interest. An opportunity to examine would be appreciated.”

Perry, who at the time operated a pizza restaurant in Grand Blanc, had, recorded the FBI in a memorandum to NASA, “been a professional photographer for thirty years,” and often took pictures of the Moon with his homemade telescope. At around 1.00 a.m. on February 21, 1960, Perry told the FBI – and, by default, NASA too – that he took a number of photographs of the Moon, duly developed them in his very own darkroom, and while looking at them later, was astonished to notice what appeared to be nothing less than “a flying object somewhere between the end of his telescope and the surface of the Moon.”

A highly excited Perry quickly had the picture “blown up;” something that now made the object much clearer. As Perry carefully scrutinized the new version of the picture, he could see that it appeared to show a clearly delineated, structured vehicle that was oval shaped, had a flat bottom, seemed to be surrounded by a fluorescent glow, and even appeared to have “a vapor trail running behind it.” The FBI advised NASA that Perry “has taken over one thousand pictures of the Moon and has never seen anything resembling this object.”

Certain that he had captured something truly anomalous on film, Perry duly furnished the FBI with the relevant, original photograph – who then sent it to the aforementioned Office of Special Investigations at Selfridge Air Force Base. From there, it made its way to the heart of NASA – and summarily vanished.

By this time, the media had latched onto the story: the Michigan-based Flint Journal splashed details of the affair, in bold headlines, across its pages. Notably, the newspaper chose to quote the National Investigations Committee on Aerial Phenomena (NICAP), who had informed Perry, much to his justified concern as it later transpired, that: “From past experience with photographic evidence we consider it unlikely that you will ever see your picture again.”

Perry responded by contacting the FBI, who merely commented that the picture was now in the “proper hands,” to which Perry responded: “The only way I will be satisfied if I don’t get it back is if the Government tells me it is top secret.” In the weeks and months that followed, a considerable file was built up by NASA and the FBI with respect to Perry’s photograph, much of which dealt with his concerns about trying to retrieve his property from officialdom.

Matters were resolved, to the satisfaction of NASA, the FBI, and the Air Force Office of Special Investigations at least, when, according to the official documentation on the affair, Perry was duly advised that “what appeared to be a flying object in this slide is actually a part of the negative which was not properly developed.” Naturally, this statement did very little to satisfy those who insisted that the photograph genuinely showed some form of structured vehicle that had its origins on another world – and particularly so Joseph Perry, who viewed the whole situation through mystified and suspicious eyes.

Possibly recognizing that this controversy was going to run and run unless quick steps were taken to curb the situation, NASA and the FBI both insisted to all inquirers that this was a matter for the Air Force, and only the Air Force, and, thus, duly steered all incoming letters in the direction of the Air Force. In time, the controversy surrounding the matter of Joseph Perry’s missing photograph, and the deep interest exhibited by officialdom, faded away.

The last entry in the file: one of August 25, 1961, in which the Air Force commented: “A copy of Mr. Perry’s photograph was shown to analysts from [Deleted] who are considering [Deleted]…”

Precisely which agency or department the mysterious “analysts” came from is unknown, as it the precise nature of what is was they were “considering.” However, this may mean that although – officially – the matter was shut-down 50-years ago this very week, someone, somewhere may have continued with a bit of digging of the clandestine and cosmic variety…